The Welsh Wizard has had a magical career

Roberto Romanello won’t be at the World Series of Poker this year. It’s been a tradition for the Welsh Wizard to be working his magic in Vegas each summer, ever since he got only the second cash of his career all the way back in the 2006 WSOP Main Event, being eliminated in 312th after an ultra-aggressive play with jack-six of hearts didn’t quite work out. So, why won’t he be at the WSOP? Well, there are two excellent reasons. You’ll have to listen to the podcast to find out what they are!

Since that Main Event cash, Romanello has put together an astounding poker career, which has seen him rack up over $3.4M in live earnings and win EPT and WPT Main Event titles. He’s first on the Wales All Time Money List, and has had more final tables than you’ve had hot dinners.

Since starting the partypoker LIVE Podcasts, we knew there was one man we absolutely had to speak to- the man himself, Roberto Romanello.

Listen to the podcast

The second episode of our partypoker LIVE Podcasts features the exclusive chat Paul Seaton had with Team partypoker's Roberto Romanello about his life and career and to get answers to the questions you might be wondering yourselves. Is it true he used to play online behind the counter while working at his Fish and Chip shop? How did he get his start in poker? And why is he giving the World Series of Poker a miss this year?

Here's the episode in full:

"I’m a very confident person, in everything I do."

One of Roberto’s major motivations over the years has been his tight bond with his family. He’s always worked together with his brothers, investing in property and restaurants together, and the close connection is something that runs deep through the Romanello clan. When he was travelling to tournaments, he wanted to win for them. They share everything, and he wanted to prove he was doing something good for the family by pursuing his passion for poker. So when he won huge titles in the EPT and WPT, all that emotion, that joy, that feeling of pride at winning for his family all came pouring out.

A few years ago, after almost completely stopping travelling to tournaments, Romanello was asked to join Team partypoker, and since then has rediscovered his love for the game. You can now catch him at all the major stops on the partypoker LIVE tour. 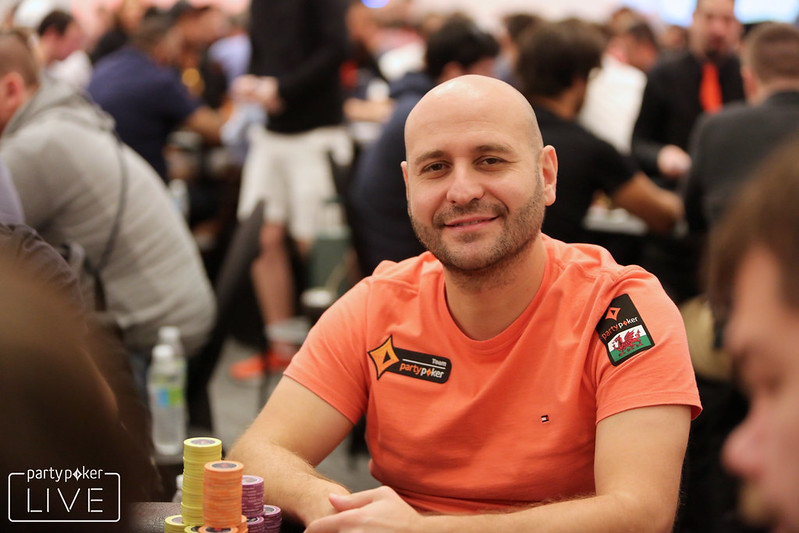 “Two years ago, when partypoker asked me to go to Vegas and play, I was one of the first guys they asked to do that. I went, and one of the first tournaments I played was a $1,000, and I came third. I was on such a high, I was so proud, I wanted to make my family proud.

“I put the partypoker badge on, and straight away I’m confident, I’m on a deep run, and finished third. I was just so close there to doing it instantly. I think that played a part, them asking me. That buzz that they believed in me at the time to do it.”

To find out if Roberto Romanello thinks a WSOP bracelet still has the glory of yesteryear and why he thinks he has had an edge over a lot of players over the years, listen to the episode in full above and let us know your thoughts on our Facebook page, via Twitter or on Instagram.