What do you do when you’re an avid football fan- but also one of the greatest poker players on the planet? That’s the dilemma Team partypoker Global Ambassador Sam Trickett found himself in this summer, as once again he found himself contemplating whether to head to Vegas even if it meant missing out on the biggest and best football tournament there is, the World Cup.

Trickett hasn’t missed a World Series for ten years, but this time around made a big decision: he was going to miss the WSOP so he could fully enjoy the World Cup. Team partypoker’s Patrick Leonard, meanwhile, will be heading out to Vegas for the final few weeks of the series, but made sure he got plenty of World Cup viewing in with his mates before he went.

The World Cup or World Series dilemma is just one of many fascinating topics covered in our latest partypoker LIVE podcast, which features James Dempsey asking the questions in a World Cup special.

Listen to the podcast

The third episode of the partypoker LIVE podcast features the exclusive chat James Dempsey had with Team partypoker’s Trickett and Leonard. Get ready for a classic lad’s holiday anecdote, Trickett ranting about why Mourinho is wrong for his beloved United, and much more besides. Basically, it’s three mates having a chat about football, and it’s a great listen.

Here's the episode in full:

Patrick Leonard has had an incredible poker career, with over $2M in live earnings, and reached number one in the world in the PocketFives rankings in 2014. He also had an insane week in Vegas last July when he won back-to-back Aria $25k’s and the $10k Bellagio Cup for $1.3m in total, all in the space of a few days. He's got some interesting views in the podcast on why England lost to Iceland in Euro 2016...

Sam Trickett, meanwhile, is practically British poker royalty. He sits in 15th in the All Time Money List, with his runner-up finish to Antonio Esfandiari in the 2012 Big One for One Drop earning him more than $10.1M, which incredibly still makes up less than half of his overall live cashes. 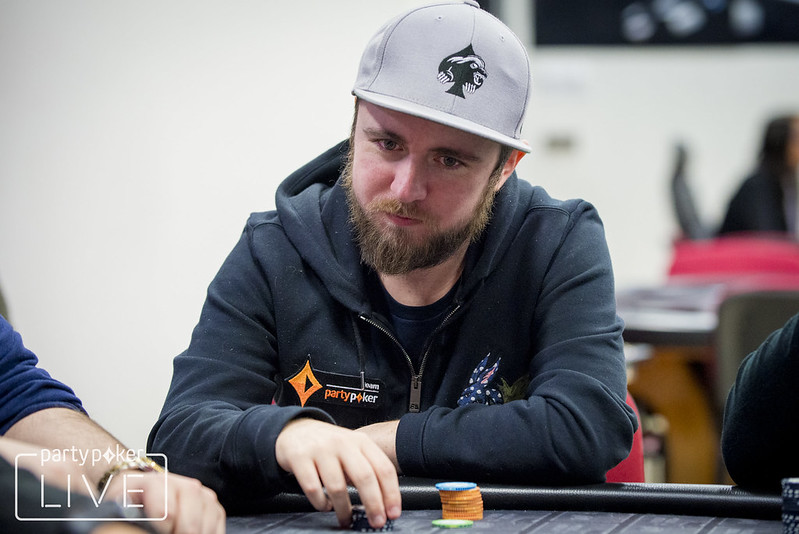 He’s also an avid Manchester United fan, proving that no-one’s perfect. He really wants Jose Mourinho to get sacked, feeling he’s got no man-management skills, is yesterday’s man, has no idea how to coach attacking players, never admits when he’s wrong, ruins every single big game, doesn’t know how to get the best out of his creative players, was lucky to finish second, and thinks his grumpy mood is negatively affecting the club. Apart from that, he’s fully on board with the Portuguese’s appointment.

To hear Sam, Patrick and James’s thoughts on all things World Cup, Mourinho’s United, disastrous lad’s holidays, why goalkeepers should be rotated more, and ultra high-stakes online cash games, listen to the episode in full above and let us know your thoughts on our Facebook page, via Instagram.